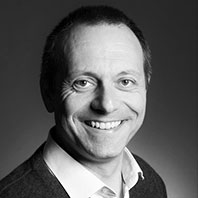 Jean-François joined +ND Capital in our Lausanne office in 2018. He is currently Project Director at the Swiss Federal Institute of Technology (EPFL) in Lausanne, Switzerland, where he is involved in several strategic projects in the field of education, science, technology, and innovation. He is also Secretary General of the Swiss Polar Foundation, a private entity involved in supporting science projects in the polar regions.

Prior to this, Jean-François was a member of the EPFL management team for 16 years, serving as Secretary General where he was involved in numerous strategic initiatives and structural reforms, which helped transform the university into a world-class institute of technology. He was also deeply involved in the development of the EPFL campus, particularly in relation to the planning and the construction of the Rolex Learning Center, the EPFL’s central library and architectural landmark building. He also previously held the position of Head of Strategic Planning at the EPFL and through his numerous interactions at national and international levels, he has developed an in-depth knowledge of the academic world.

Jean-François was trained as a Civil Engineer at the EPFL and is passionate about science, technology, and innovation.