+ND Capital (f.k.a. NanoDimension) is a venture capital firm founded in 2002 that invests in disruptive technologies across the life, physical, and data sciences. Our core belief is that scientific disciplines will continue to converge, and that some of the biggest breakthroughs will be based on this convergence. We invest across the United States and Europe, and through our teams in Silicon Valley, Switzerland and the Cayman Islands, we can help our portfolio companies bridge the Atlantic to attract capital, talent, and business partners.

Assets Under Management (AUM)~$820M
Our third fund with $335M AUM is fully invested and we have begun investing in our fourth fund with a target size of $350M. 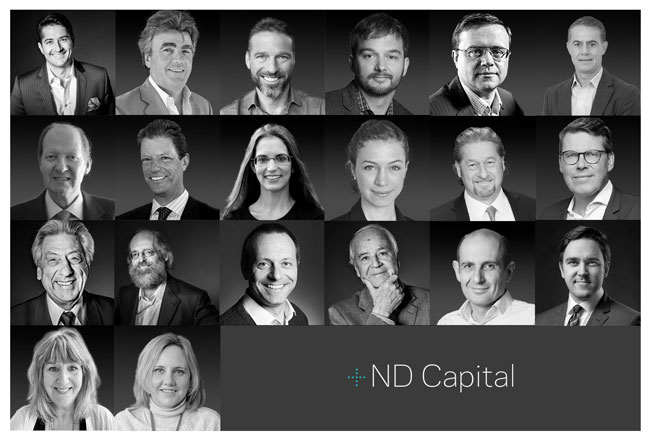 We invest across sectors, stages and technologies. We operate as one team, working together to identify and evaluate investment opportunities and to help our portfolio companies succeed. We think like company owners and help build world-class, impactful, lasting companies. We value creativity, intellect, passion and believe in respect and perseverance. 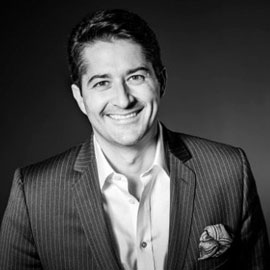 Aymeric founded +ND Capital in 2002. He discovered the nanotechnology world while conducting research between the Physics and Chemistry departments of EPFL in the 90’s. He was convinced that significant breakthroughs would arise at the nanoscale and extensive expertise would be required to differentiate science from science fiction. This was the foundation of +ND Capital. Following the raise of the first ND partnership, Aymeric realized that despite great science in Europe, the US was offering better investment opportunities. As a consequence, he has been commuting between Switzerland and Boston/ Silicon Valley since 2007. Prior to this, Aymeric was a strategy consultant with Bain & Company.

He is currently a board member of Crocus Technology, H55, Natron Energy, Tarveda Therapeutics, and Selecta Biosciences.

Aymeric is an elected member of the World Economic Forum’s “Young Global Leaders” Class of 2013 and the Swiss Academy of Engineering Sciences (2016). He received the “2007 NSTI Fellow Award” and “2012 EPFL Alumni” award.

Aymeric holds a Masters in Physical Engineering from EPFL where he is still an active member of the SAB and Chairman of the alumni association. 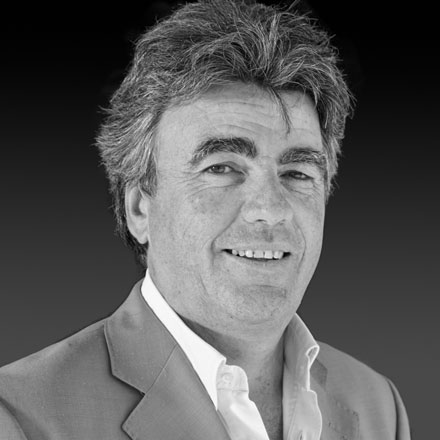 Prior to this, he was President of the Swiss Federal Institute of Technology (EPFL) for 16 years, which was transformed into a world-class science and technology university under his leadership. He has co-founded three biotechnology companies, and currently sits on the board of Nestlé and Logitech.  He chairs the advisory board of the Novartis Venture Fund and continues to serve as an advisor to a number of private companies. He is also a former board member of Lonza.

Patrick was trained as an MD and Neuroscientist at the University of Geneva and Fribourg in Switzerland. He has been a Professor at Brown University and the Lausanne University Hospital (CHUV), where he focused on cell and gene therapy approaches for the treatment of neurodegenerative diseases. He is a fellow of the American Institute for Medical and Biological Engineering and the Swiss Academy of Medical Sciences. 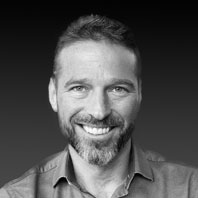 Dani joined +ND Capital in our Lausanne office in 2019. He is currently a board member of  Cytoki, EVIR Therapeutics, Vandria, Osasuna Therapeutics and a board observer of Amazentis. He is also a former board member of Arctos Medical (sold to Novartis) and CellPoint (sold to Galapagos) .

Prior to this, Dani spent 12 years as a venture capital investor in the life sciences and 10 years in academic research. Dani’s motivation has been to translate scientific innovation into better healthcare. He is passionate about working with entrepreneurs to develop better medicines and cures. Prior to joining +ND Capital, Dani served on the board of 15 companies in Europe and the US, ranging from drug development to medical devices and digital health. Some of these companies have developed viruses capable of curing cancer, engineered proteins to tackle rare diseases and invented devices to keep heart failure patients safe. Dani became a venture capital investor at Index Ventures (Geneva), to join later Aravis Ventures (Zurich) and Imperial Innovations – IP Group (London). During his previous life as a scientist at the University of Geneva and at the Swiss Federal Institute of Technology (EPFL)  in Lausanne, Dani conducted research in immunology and virology (HIV).

Dani holds a PhD in molecular biology from the University of Barcelona and an executive MBA from EOI Business School (Madrid). 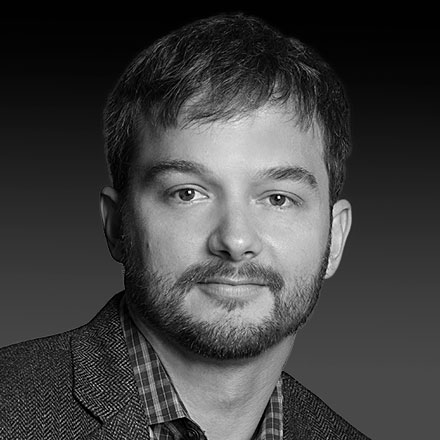 Eric joined +ND Capital in 2008 and was the first employee of our Silicon Valley office. He is focused on life sciences investments. Eric is currently a board member of Emulate, Visby Medical, Serotiny, Lightcast, AIRNA and a board observer of IonPath and Inscripta. He was previously a board member of Icosavax (Nasdaq: ICVX) and SQZ Biotech (NYSE: SQZ), and observed on the boards of ARMO (acquired by Lilly) and Twist (Nasdaq: TWST). Eric also helped lead +ND Capital’s investments in Orca, Octant and Nutcracker.

Before joining +ND Capital, Eric was a consultant at Bain & Company in Zurich and San Francisco. While at Bain, Eric worked on strategy cases in healthcare, industrial goods and telecommunications and on the turn-around of an electrical component manufacturer. In addition, Eric spent eight months in Bain’s Private Equity Group.

Eric has an MSc from the London School of Economics and a BS/BA from the University of Florida. 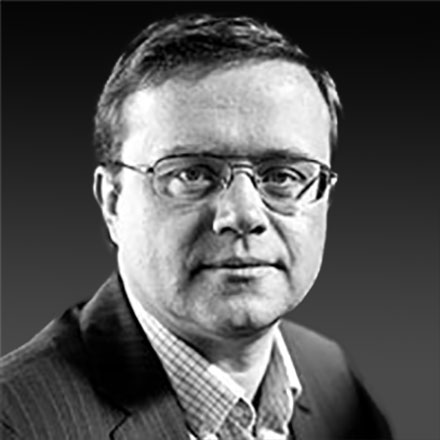 Kirill joined +ND Capital in our Silicon Valley office in 2013. He is focused on physical science investments and is currently a board observer of SiMa.ai and Spark Microsystems.

Prior to this, he worked with Rusnano, a Russian nanotechnology initiative, where he sourced, structured, and managed nanotech-related deals starting in 2009. Before Rusnano, Kirill worked for four years at a Russian private equity fund and was in charge of several investments in logistics, pharmaceuticals, and technology. Kirill also worked in various positions as an engineer, consultant (Boston Consulting Group), and operational manager in Korea, U.S., U.K., and Russia.

Kirill holds a Masters in Computer Science from the Electrotechnical University of St. Petersburg as well as an MBA from INSEAD, France. 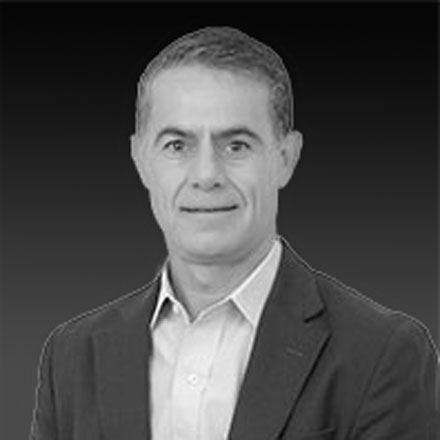 Peter joined +ND Capital in our Silicon Valley office in 2019. He has 25 years of experience as an investment executive including listed equities, private equity, and venture capital in the USA, UK, Europe, Asia, and South Africa. His sector experience includes Technology, Life Sciences, Physical Sciences, Consumer, Property, and Infrastructure. He has been on the board and sub-committees of 15 companies ranging from early-stage to a FTSE 100 company. He is currently a board observer of Natron Energy. 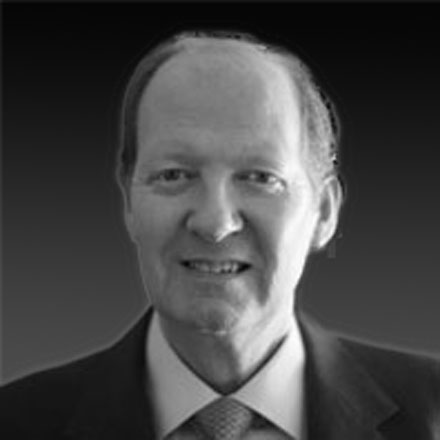 Executive Director of the General Partner

Executive Director of the General Partner

Jonathan joined +ND Capital in 2005 and is based in our Grand Cayman office. He is the former Managing Director of Merrill Lynch Bank & Trust Company and Head of Corporate Management at KPMG in the Cayman Islands. He has an extensive background as a director of several important and sizeable investment entities.

Jonathan is a Fellow of the Institute of Chartered Accountants in England and Wales.