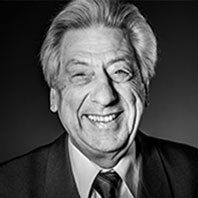 André joined +ND Capital in 2002. He is an Emeritus Professor of the Swiss Federal Institute of Technology (EPFL) in Lausanne, Switzerland. Prior to this, he was a Professor of Physics and the Head of the Department of Physics at the EPFL and has been active in nano-science research since the 1970s. He was also a researcher in the Solid State Division of Oak Ridge National Laboratory (USA) and a Co-Investigator for lunar materials in the NASA Apollo project. He spent a year as a Visiting Scientist at the Department of Physics of the University of California Berkeley.

More recently, André served as a Deputy in the parliament of the Canton of Vaud for ten years and participated in the redaction of a new constitution.

André obtained his Master in Science in Physics and his PhD in Physics from the Federal Institute of Technology in Lausanne (EPFL). He did a Postdoctoral fellowship at Oak Ridge National Laboratories (USA).